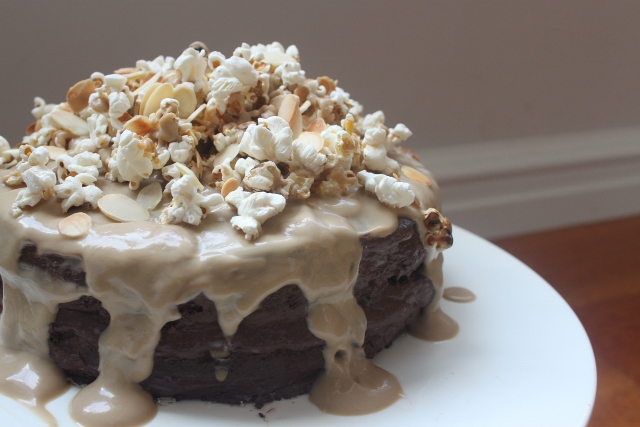 One of the things I love to do, is to create cakes for birthdays. It allows me to go “Indulgent” but staying on the relatively healthy side.

I often spoke about how parenthood open up many doors. In this case, it allowed hubby and I to build friendships out of our usual circle. Humans likes predictability. Over time, we sat in the same spot at church, speak to the same people, and even park at similar spots each time! Parenthood ignited our quest to learn how to parent with Christian values, seeking like minded people to discuss dilemmas. Often there may not be any solutions, but it feels good having people to have the discussion, and a community that will look out for each other.

So when a birthday comes by, and it was our turn to host, I jumped on the chance. Oh ok, I couldn’t resist the challenge of making a cake for someone who doesn’t always like the “healthified” version of things. Truth is, I just think if we eat real, it will be ok. 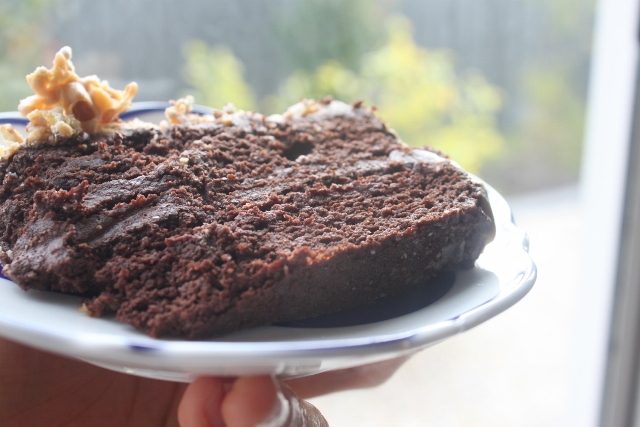 So here come this cake. Yes there is some chocolate, and yes, we used coconut milk for the ganache. The popcorn isn’t “Paleo” BUT i love the salty and crunchiness it adds to it. By the end of the day, we had NO cake left. And that made me happy. 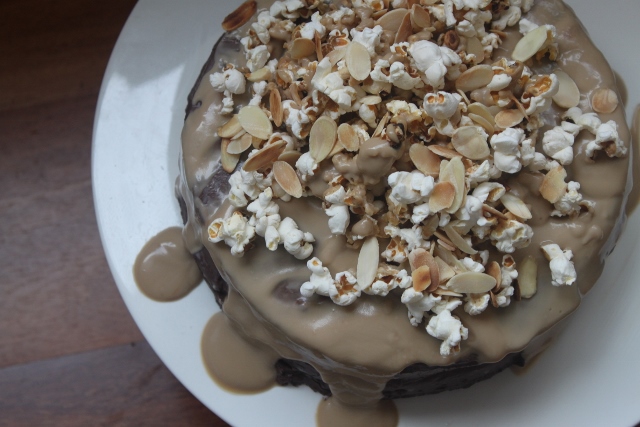 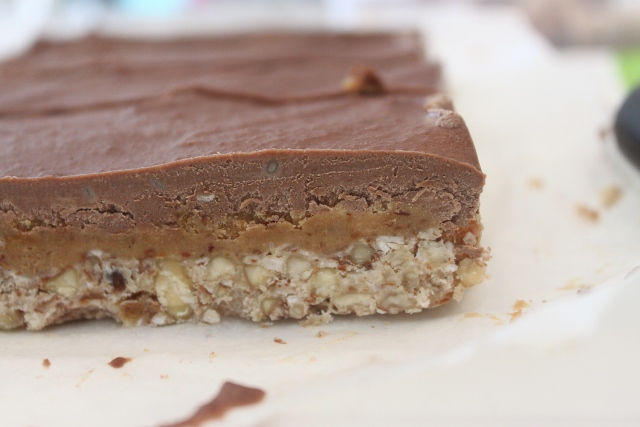 It has been a busy few months. It is now May but time just seem to be ticking quickly away. So far we have,

I have also learned to be kinder to myself and my family. That was a hard one to realise. As I become grouchier and grouchier, the realisation that I have not been taking time to re charge dawn on me. The decision to leave one job and focus on one was not an easy one. In the midst of trying to weigh up the pros and cons, thinking about how to make it work while still focusing on doing “my job right” ultimately lead to the biggest sacrifice.

The symptoms were there. Snappy. Unable to be present focused. Feeling like I’m always in a rush. Feeling unappreciated. Forgetting things.

So here we go again. Is there ever such thing as lesson learnt? While those indicators were there, it took me a while to realise what was going on. So to re focus I did

There could be a few more changes in the next few months. Winding down a job, increasing time in one. Adapting to my current job. Still, I’m writing this list to remind me that it is ok to not having it all “balanced” all at once

Of course, indulging in what I love. Playing with my favourite ingredient recently- Peanut butter. I absolutely love this raw Salted Caramel Peanut Butter Chocolate Slice. It actually resembles snickers! 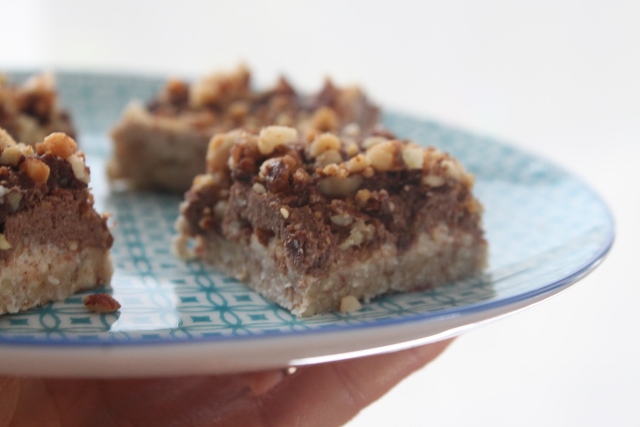 In the kitchen of where I work has a poster near the doorway. It states what the team values.

“someone who can bake”

I love it when the team has got its priorities right.

When it became my turn to provide morning tea though, my mind races. What can I bring that could potentially be a crowd pleaser, something perhaps a little different but also refined sugar free?

I was anxious. This is a team that is used to having gorgeous home made cakes made with traditional flour and sugar. Each time, I felt tongue tied when I explain why I’m not a fan of gluten, sugar or anything refined. I was conscious it could make me stick out like a sore thumb but still wanting to stand my ground of our food philosophy.

This slice was inspired by the Merrymaker sisters’ snickers cake. My biggest take away from their recipe was the gorgeous nut praline. Starting from there, I created my layers and made it to suit my taste.

It was gone by the end of the day and that was all the confirmation I needed.

If you are looking for a cool christmas treat to bring or make, this would be a lovely one to try! 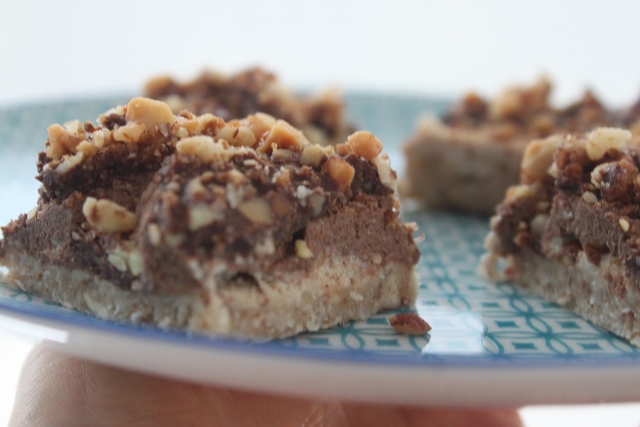 I hesitated writing about this recipe because I wanted to fine tuned a few things. Hubby, being the biggest encourager that he is, insisted that I take some photos- despite the chocolate being a little rough, and my cutting of the slice is uneven as. His logic was that I make the decision later, but he loved this slice so much that he doesn’t see why I shouldn’t be sharing it.

He reminded me that perfection can be a good and bad trait. I wrote about how in my desperation to “get it right”, I have once made a lemon tart 3 times. I wasn’t happy with the based once, the curd 2nd, and there was some cracks on my 3rd. Funny though, that once I put that to rest, the next tart I made- the base came out the way I wanted it to be. Sometimes, the best thing that one can do is to “put it down” and try again sometime later.

Have you ever experienced that?

I can recall as a child, my mother used to coach me in doing my homework. I wasn’t a good student. I laughed and cringe now, as I became somewhat like a nerd when I was in University. Pre university days? Not so. Mum can probably fill up a book on stories of my whinging, running away (yes! I literally ran away from maths!), and down right resistant in completing any school work. Her persistence in me taught me exactly that trait. In some ways, she taught me what perfection stands for because she never give up. At the same time, when I was in secondary school and she found me in tears over some maths question (I guess by now you know my love-hate relationship with maths…), she encouraged me to take breaks and to re visit them again.

How many times do we persist on with something head on, only to become increasingly frustrated and stressed? Cortisol has been known to increase productivity. We know that through the stress curve, having some cortisol and adrenaline get things going quicker. However, we also know that it will come a point, where productivity falls. Your other instincts will kick in (aka fight or flight), and nothing just seem to make sense anymore.

The little slice reminded me of just that. My imperfections are there for a reason. It’s ok to sit with that. Who knows, I may come back with a better and prettier slice. Just this moment though, sitting with it does not mean I’m giving up. It simply means exactly that. Pondering, savouring and taking in the moment. 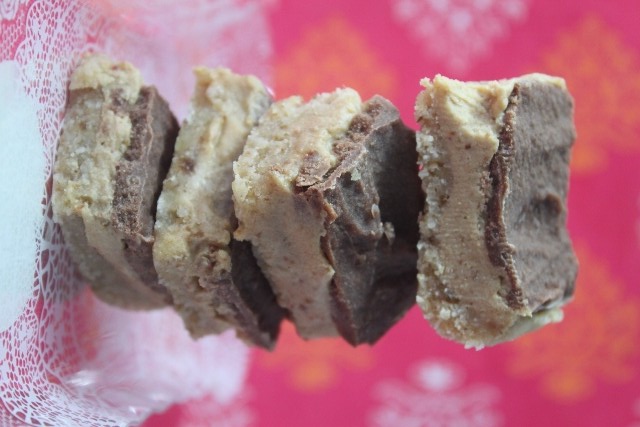