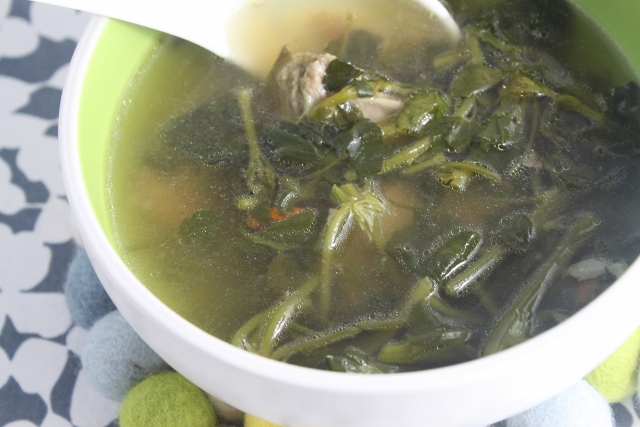 I realised that it is very tricky to make Chinese broth soups pretty in photos. For some reason, they just seem to be soup in a bowl (which is what they are of course, but I struggle to make it look presentable). Perhaps I should hunt down some prettier bowls soon or experiment with using different angles! More than often, this becomes a quick shot and then it’s at our dinner table.

Photography skills aside, I was really excited to find watercress at the Manning Road markets. I have been hunting them for ages and suddenly they appeared along with our favourite salad leaves. I know that watercress is often used in salads, but I cannot resist making a soup that I grew up with. 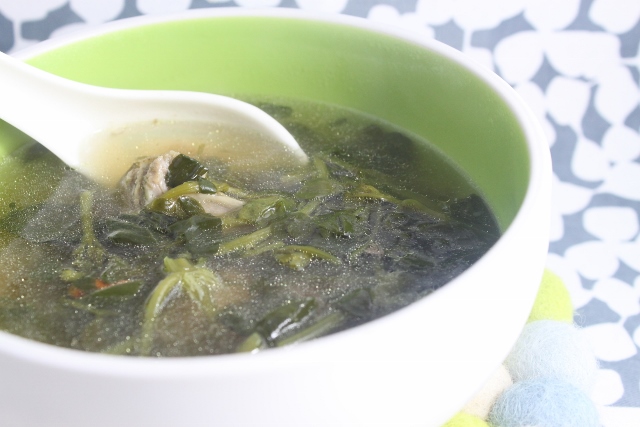 Watercress is known for it’s superfood qualities. It topped the charts in its’ high vitamins and mineral contents. My grandmother must have known instinctively what was good for us when she was alive because she loved feeding us watercress. It cools our bodies down she says. Very important in the hot days of Singapore.

Having some pork ribs in hand, I made a broth with red dates and goji berries. Just before I serve the soup, I brought the liquid to boil and added the vegetables. It’s as easy as that. Asher loves sipping the soup, having some leaves and eating the pork. I hope, from the bottom of my heart, that Asher can feel my grandmother’s love as he grows up.